The app 'Touch Van Gogh' is the winner of the World Summit Award Mobile in the ‘m-Tourism & Culture’ category and has been awarded 'Gold' in the 'Best App' category of the International Design and Communication Award (IDCA).

The international competition World Summit Awards takes place every two years and focuses on the selection and promotion of apps that are most innovative and offer the most excellent interactive content.

Herman van Oorschot, international expert on behalf of the World Summit Award Mobile, states that the Touch Van Gogh app has successfully past a critical test: “We selected four apps from the Netherlands that can compete on an international platform. After the 18 members of the jury from 18 countries of all the continents came to their decision, Touch Van Gogh was selected as one of the five winners in the m-Tourism & Culture category.”

The International Design and Communication Awards (IDCA) focuses on creativity in the art and museum sector with respect to communication, design and branding. Touch Van Gogh received the highest scores in the category that focusses on the communication with the public, before, during and after a visit to the museum.

In April, the Touch Van Gogh app received the Heritage In Motion Award in the 'Apps for mobile devices' category.

The app is designed for tablets and uses multi-touch functions to enable users the playfully discover information that is hidden in and underneath the paint. For example, the old layer of varnish of the painting The Bedroom can be removed and users can discover that the painting Daubigny's Garden was painted on a tea towel. This way, the outcome of complex technical research into Van Gogh's painting practice has been made available to the general public. In June 2014, a further three paintings by Van Gogh were added to the app: The Cottage, Seascape near les-Saintes-Marie-de-la-Mer and Garden of the Asylum. 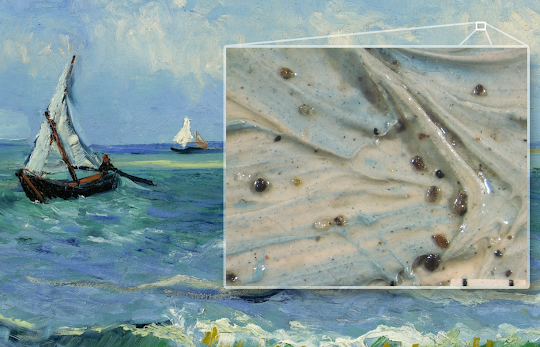 Find out more about the English-language app for tablets: 'Touch Van Gogh. What paintings can reveal'.