The Van Gogh Museum manages one of the world’s most important collections of fin-de-siècle French prints. Systematic research into this collection began in 2010.

Printmaking was all the rage among fin-de-siècle artists (1890-1905) and large numbers of high-quality artistic prints were produced. Systematic research into this collection began in 2010, with the aim of introducing it to a wider public through a website, publication and exhibition.

Prints were traditionally used mainly as a way of reproducing paintings and drawings. All that changed around 1890, however, as more and more emphasis was placed on artistic quality and printmaking became an art form in its own right. Virtually all the French modern artists (big names like Gauguin, Toulouse-Lautrec, the Nabis and Steinlen) experimented with lithography, etching and woodcuts.

The beautiful and often colourful artworks that resulted were not just displayed in galleries or the homes of collectors – the whole of Paris came into contact with them, in the form of posters, theatre programmes, sheet music and books, which artists designed on a large scale. They set out in this way to embed their art in daily life.

The Van Gogh Museum has been collecting fin-de-siècle prints since a spectacular purchase in 2000, when the museum acquired 800 prints from a German private collection, courtesy of the Vincent van Gogh Foundation. Since then the collection has been actively expanded through purchases, including a great many outstanding works. The unique corpus now runs to about 1,800 prints.

The collection photographed, described and documented with the aim of bringing these works to a wider public, along with the world of fin-de-siècle printmaking in general.

Literature and archive research was being carried out into the different artists and themes in the collection, and the cultural period as a whole was being studied, so that the prints can be placed in context. The research is funded by the Vincent van Gogh Foundation.

The first tangible results of the research were presented in 2012 with the exhibition Beauty in Abundance. Highlights of the Print Collection and the publication Printmaking in Paris. The rage for prints at the fin-the-siècle.

In 2016, the print collection has been made accessible online.

The project is due to end around mid-2017 with a large exhibition and a book.

You can get in touch with Fleur Roos Rosa de Carvalho (Curator of Prints & Drawings) via e-mail. 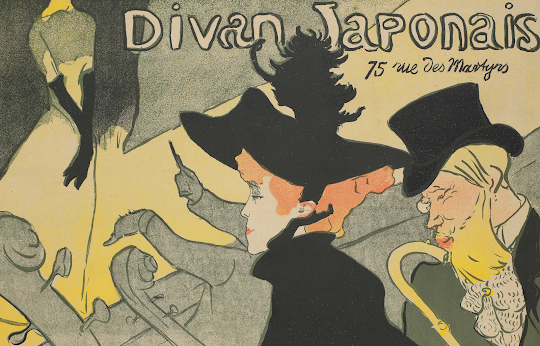