The American sculptor John Chamberlain was inspired by Van Gogh’s use of colour and expressive brushstrokes. Several of Chamberlain’s abstract sculptures were on display at the Van Gogh Museum from 27 September 2018 to 28 January 2019.

At first sight, there appears to be little connecting the work of John Chamberlain (1927-2011) and that of Vincent van Gogh. However, Chamberlain was certainly inspired by Van Gogh, especially by his use of colour and expressive brushstrokes. He even greatly admired Vincent’s work: ‘I noticed about Van Gogh that his work was perfect' (John Chamberlain, 2007).

Use of colour and choice of material

Colour plays a major role in Chamberlain’s abstract sculptures; it is one of the reasons why he enjoyed working with car wrecks. He set to work as a collagist, transforming these wrecks into new figures, twisting and bending the car parts until he was completely satisfied.

Chamberlain used the original colours of the parts, but sometimes painted the surfaces using a spray can or brush. The emphasis on colour in the finished works and the expressive use of materials link Chamberlain’s sculptures to Van Gogh’s paintings.

In Chamberlain’s words: ‘It was Van Gogh who got me started in a way, and here I am (…) coming back to visit him with my sculptures’ (John Chamberlain, 2007).

John Chamberlain’s works often have striking titles, such as Latraviataposexia and Allgirladagio. They are based on the titles of books or operas, on sayings, or are combinations of random words. Chamberlain always chose words that produced harmonious combinations of sounds and letters. The titles of his works are often devoid of meaning.

Van Gogh inspires, to this very day. His choice of subject, brushstroke and sense of style fire the imagination of many modern and contemporary artists. An alternating presentation of work by one such artist is always on display at the museum, often together with a work by Van Gogh. 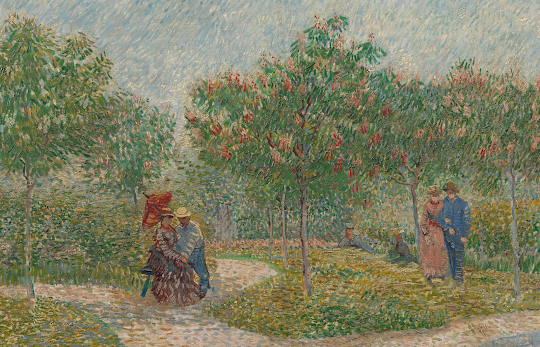 Discover Van Gogh's quest, in which his colours changed from dark to bright